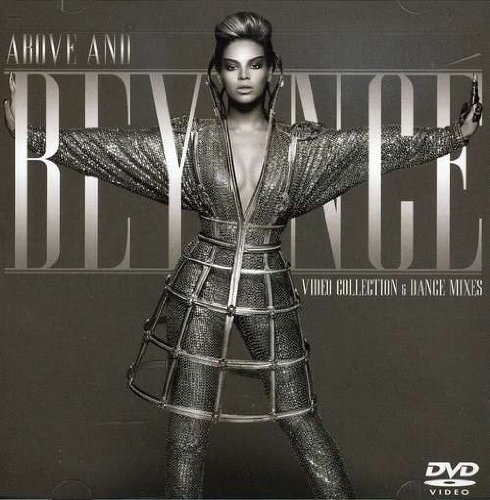 Providing a showcase for Beyoncé’s first foray into the world of electronica, Above and Beyoncé is a breathtaking assemblage of groundbreaking music videos and dance-oriented remixes of chart-topping tracks from the artist’s #1 international smash hit album, I AM…SASHA FIERCE.

An essential companion to Beyoncé’s best-selling I AM…SASHA FIERCE album, the Above and Beyoncé DVD brings together the superstar’s immensely popular videos from the album, including clips of her new single “Ego” (featuring Kanye West) and the iconic “Single Ladies (Put A Ring On It),” whose intricate choreography launched what the Toronto Star called “the first major dance craze of both the new millennium and the Internet.” The hour-long DVD includes seven full-length music videos as well as 20 minutes of exclusive behind-the-scenes b-roll footage, making the collection a must-have for Beyoncé fans the world over.

Adding to the collection’s indispensability, Above and Beyoncé includes a pumping party-ready CD of cutting-edge electronica, hit tracks from I AM…SASHA FIERCE remixed for this collection by some of the hottest producers and mixers in dance music today.

Beyoncé, whose success on the dance charts dates back to Destiny’s Child’s “No No No Pt. 1” in 1997, first hit #1 as a solo artist on the Billboard Hot Dance Music/Club Play chart with 2003’s “Crazy In Love.” She’s enjoyed three successive #1 Hot Dance Music/Club Play singles from I AM…SASHA FIERCE: “Single Ladies (Put A Ring On It),” “Diva,” and “Halo” while a fourth single, the dance mix of “If I Were A Boy” peaked at #2 on that chart. Above and Beyoncé includes video clips and remixes of all four songs as well as videos and a remix, featuring Kanye West, of “Ego,” Beyoncé’s latest single.

1. If I Were A Boy (Maurice Joshua Mojo UK Remix)

Be sure to buy Above and Beyoncé Video Collection & Dance Mixes when it is available June 16 exclusively through Wal-Mart, and at J&R Music World in New York.