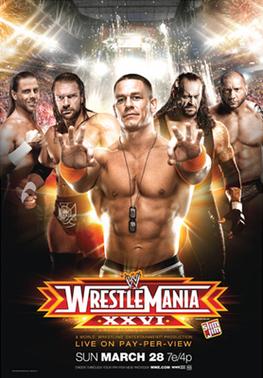 WrestleMania XXVI will take place on March 28, 2010 at the University of Phoenix Stadium in Glendale, Arizona. The event will be the first WrestleMania to be held in the state of Arizona and the third to be held in an open-air venue. Featuring performers both from Raw and SmackDown, the nine matches that are scheduled for the event is sure to have you on the edge of your seat!

Streak vs Career – No Count Out, No DQ Match
The Undertaker vs. Shawn Michaels

In addition to the great match-ups, eight-time Grammy-nominated R&B artist Fantasia will perform “America the Beautiful” live at WrestleMania XXVI!

This is sure to be an amazing event, one not to be missed. Be sure to order WrestleMania XXVI live on pay-per-view Sunday March 28 at 7pm et / 4pm pt.

Have a Joyous Easter with Jelly Belly!